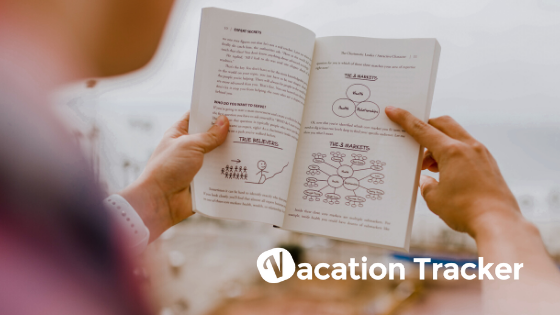 The Five Stages of Team Development

It was Bruce Tuckman, an educational psychologist, who first identified and named the five stages of team development. A team is first a group of strangers, who become acquainted as they work together towards a common goal. In fact, the term “team development” refers to the process of leaning to work together.

A team drifts through the five stages of team development naturally, over time. Nevertheless, understanding and being able to identify the stages may make the journey through them a lot smoother. A team that makes it through these stages without falling apart is considered to be high performing.

The five stages of team development are: forming, storming, norming, performing, and adjourning. We will go through these different stages to first define them in detail. Then, we will look at examples of how this stage is experienced in the real business world. Finally, we will identify tips and tricks to get the most out of each of these stages.

The forming stage is the first stage of team development. In fact, at this state the team is not yet fully formed. As the name indicates, it is in the process of forming. So, the team is still just getting acquainted. There can be a lot of uncertainty at this stage. Everyone probably has a lot to say and a lot of ideas to put on the table, but no one wants to take up too much space in the group or make anyone feel rushed. It is at this stage that a natural leader for the team might be determined.

In a business environment, the forming stage can be a new hire’s first day. When he or she joins a brand new team, thereby shifting that team’s dynamic. The team then has to go through the forming stage again. Another example might be the forming of a new team for the planning of the holiday party. A random group of employees from various departments is put together to accomplish a common goal.

To get to know team members is crucial in this phase. Although it doesn’t seem productive, to keep things lighter in the beginning is totally fine. Give this stage some time, and make sure that the right questions are asked. The forming stage is an ideal moment to talk about strengths and weaknesses, personal goals and interests. It’s also the appropriate time to discuss project goals and the team’s timeline.

It’s important to set the ground rules from the beginning. If your team has just come together but needs to collaborate over a long period of time, ensure that you discuss leaves and any upcoming time off.

Try out Vacation Tracker, a leave management system that is Slack-integrated. It’s a seamless staff planning solution for any team that wants to succeed in the long run.

The forming stage is much more important than it seems. It truly sets up your team for what’s to come.

The name of this stage also gives it away: of the different stages of team development, this is not the easiest. It is a critical step that every team needs to experience in order to move on to bigger and greater things. Things get more difficult at this stage because the team members have gotten to know one another, and have collectively started to feel the pressure of their project mounting.

In this stage, pleasantries are over, and personality flaws start to show. It can be a period of conflict and competition. It is normal to see a decrease in team productivity at this stage. Therefore it’s important to navigate through this stage carefully, and quickly.

What the storming stage of team development looks like in the real world is conflict. It can be a petty clash of personality or an incompatibility in communication styles. Or it could be something more serious, such as a disagreement about the team’s goals. It could even exhibit itself as one team member accusing another of not pulling their weight in the project. Of course, it might just be a flare up over some minor inconvenience. The key is to identify any conflict and address it as soon as possible, so that it doesn’t grow out of proportion.

This is a good time for the group leader to step in and address the situations that are occurring. The leader can use this opportunity to remind the team that disagreements are normal and to be expected. Yet, team members must overcome individual differences in order to move on. Moreover, improving communications is crucial.

Group conflict resolution can be a good tactic to address any clashes between team members. It’s also a good opportunity to ensure that the workload is balanced and to generally check in with all team members about their stress level.

After the tempest of the storming stage, the norming stage is a welcome period of relative tranquillity. As conflicts settle, people’s strengths and skills start to shine and to be recognized. Individual contributions towards the common goal are being valued. It is also at this stage that the leader or leaders of the group are confirmed.

Nevertheless, the conflicts might not be completely gone, but a new understanding is reached and can hopefully remain. It’s up to the leader or leaders of the team to keep their group moving forward.

The norming stage of team development is an overall more productive time for teams. Real world teams can start to see a spike in team performance or productivity at this point. In this stage, everyone has got a better handle on his or her role and real cooperation begins. The team now considers itself a cohesive unit.

Unfortunately, the norming stage is not set in stone. At any moment, new conflicts can erupt and the team can slide back into storming stage. Each team is unique and might have to go through the same stages more than once.

To avoid backtracking, the role of the leader becomes really important. A team that has attained the norming stage can start to celebrate quick wins in order to maintain a positive mood. They can pay special attention to the work of their colleagues and recognize and positively encourage one another. It is up to the leader or leaders to set that tone.

If teams are able to maintain the norming stage without sliding back into destructive conflict, they will naturally transition towards the performing stage. Not all teams manage to make it to this stage. It definitely takes time.

This phase is marked by familiarity, maturity and by the team’s honed focus on the project goal. At this stage, roles and responsibilities have been fully defined and properly distributed. The team functions like a well-oiled machine. Teamwork runs smoothly and essentially unsupervised.

This is where the real work happens. Every member of the team is focused and set on the team objective. There is a sense of trust and confidence within the team. For any team that has reached this stage, there is no possible way to miss the goal or the objective. It’s now just a matter of delivering.

However, like in any personal relationship, conflict may still arise. Yet, the team is now familiar and experienced enough to deal with it positively and constructively.

Although things are more stable than ever, good leadership is still key to maintaining this structure. Celebrating wins and milestones should not be overlooked.

Also, while the team rushes toward their final objective, quality assurance becomes crucial. Even a highly effective team can sometimes make mistakes. Project pitfalls could potentially ruin team morale and lead to the all-to-familiar blame game. This could lead a team in the Performing stage of team development right back to the Storming stage, all in one day!

Finally, in the adjourning stage, melancholy can set in as the team disperses and moves on to other projects. This phase comes as the final tasks are completed and the project wraps up.

Team members who have grown used to working together are reassigned to other teams or projects. It’s the end of a successful partnership.

The adjourning stage is the most bittersweet of the stages of team development. In a real business context, it can actually involve feelings of sadness and even of loss for the team members. Luckily, with today’s proliferation of means of communication, old team members can definitely remain friends.

At this stage, it’s time to look back on the work that’s been delivered. Project managers often plan a post-mortem meeting at this stage to figure out what worked, what didn’t and what can be improved on for next time.

It’s also the right time for the leader or manager to organize an event, lunch or party to celebrate the team’s accomplishments.

Sometimes a team isn’t disbanded completely, but acquires new members as the formation changes. Unavoidably, the new team will have to go through the five stages of team development. Good luck! 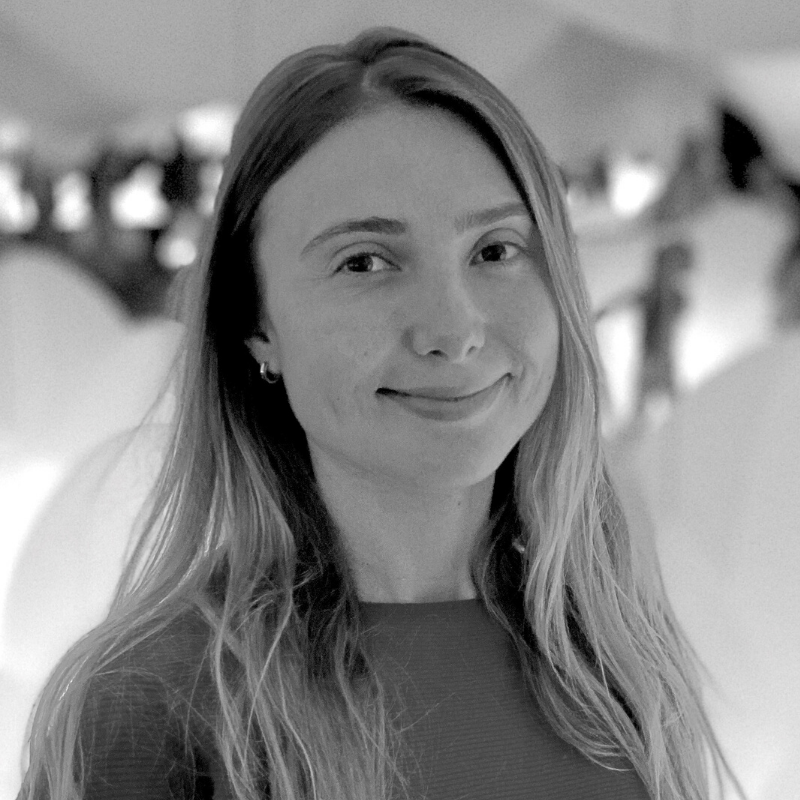 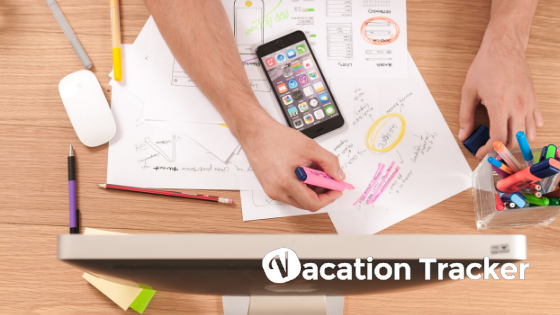 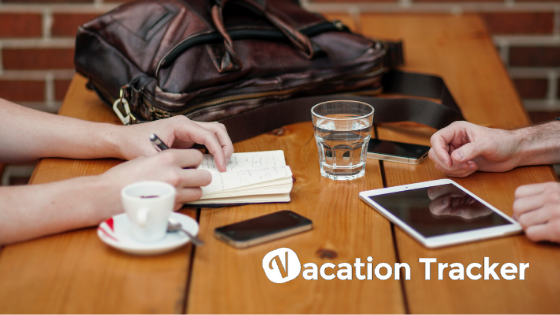 7 Productivity Tips for Your Team in 2020 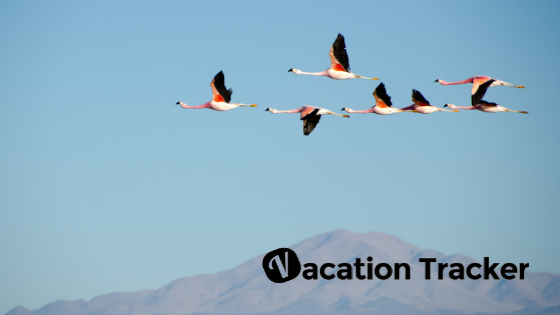 How to Build Great Team Culture