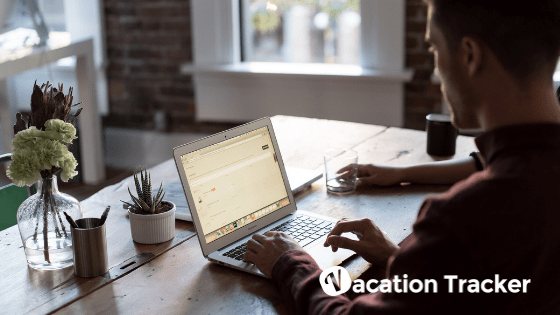 Startup Culture: Why It Matters and How to Shape It

Startup culture changed us all forever. Whether you like the uncertainty, fast-paced environment, and the workplace that changes itself constantly or not, you have to admit one thing. Work became a much better place to be than it was ever before. All that is because of the startup culture’s need to have the best employees out there ready to solve the problem at the speed of light. Retaining the best workers out there became the priority, and with it came many advantages. Free beverages and snacks, remote work, unlimited PTO policy, chill-out rooms – all that wouldn’t be possible if startup culture didn’t intervene and became the model for the 21st century’s workplace.

However, even though many people think working in a startup looks like being in large playground things are far from that picture. Being a part of a startup culture requires a lot of hard work, dedication, and sacrifice. And many people are not willing to sacrifice their Friday evening to fix some unexpected bug. Even though the startup environment is not everyone’s cup of tea, its existence made an impact on the more traditional jobs too! That’s why in this article we want to talk about all the ways startup culture changed the way we work, we want to talk about its importance and the ways we can shape it. So, let’s go!

Does a startup culture really exist?

Everybody seems to use those words too quickly without giving it a second thought, but not many can tell what startup culture really is. Yep, anyone can come into an office and by noticing some clichés assume they are working in a startup. But startup culture is far more than the mere benefits we have in our workplace. Let us tell you one thing: people who are part of the startup culture live and breathe their work.

Startup culture means having people who really (and we mean really) love what they do. Those people are not at work just because they needed a job, they are here because they have a passion and they are driven by the pure nature of their profession. They come to work energized, motivated, and ready to tackle any problem that may come out with enthusiasm. They work as one and towards the same goal. What’s more important: ego and know-it attitudes are left behind. So, if the startup culture really exists, the first thing to recognize would be motivation.

And the second one would be working habits. We already said startup culture changed the traditional workplace as we know it. We don’t have any more usual 9 to 5 work hours, and many companies decided to give more liberty to their employees and let them come whenever they feel they’re most productive. That’s why not all team members are online at the same time. So, how does your team breed? Do they tend to come late, or in the morning? How often do they respond to their messages? Do they tend to ghost everyone out after they’ve finished with their work or you can find them online and respond after work? Those are the questions that will help you determine what the startup culture of a particular business is.

One thing that we love about every startup culture is its diversity. What we mean is its ability to bring together people from various backgrounds to work like one. Working in a startup means you’re often in a situation to meet people from different countries and backgrounds. But, what’s common for them is that they are usually the best in their niche. Those are the people who can teach you tons by merely sharing the same space. Value the time you’ll spend working in a startup. It might be a crazy ride; however, it is an excellent opportunity to grow on a personal level, as well as professionally.

Startup culture is recognizable by the team’s socialization

Like we’ve said before – people who are working in a startup love what they do. They are not here only because they need money to survive. The same goes for their coworkers. Given they spend most of their time at work and are dedicated to it, the line between friends and coworkers is slowly fading. You can see coworkers from work hanging out in their free time, sharing a cup of coffee, or a beer, and merely having a good time outside the office.

Businesses that took the hiring process seriously know the importance of fitting into the team and know that by bringing people together you’re actually doing something right to your business. If the employees have a good time at work it’s more likely they will be more engaged in it, and it decreases the chances of resignation.

… work together. In more traditional businesses and corporations, ideas come from the “big heads” and workers have the simple task to play by their rules. However, startup culture is recognizable by its appreciation for the initiative. Values are entirely different when it comes to corporations and startups. And letting your employees think and listening to their ideas is an excellent way to grow your business because it gives you a different perspective and actually improves employee engagement.

Startup culture is all about promoting the company’s values

Working in a startup can be challenging in many ways, and one of them is definitely the broad meaning of your position. Startups often don’t have big budgets which means everyone does everything. For the employee, this means broadening up the skill set and greater liberty. On the other hand, employers need to trust their workers and be entirely open to showing them what their company all about is. That way employees have the overall picture of where they are working, what are their values and their ties with the company are straightening by itself.

Startup culture is about rewards too!

If you want to retain the best workers, you have to make them engaged. And engagement is sometimes about recognizing the effort and good ideas when you see them. Sometimes it’s by tracking employees’ time off and rewarding the ones who were the most present. Sometimes it is about saying “bravo” to a great idea and sometimes is about paying respect to the initiative someone took. Whatever the case, startup culture values the effort and motivation of every single worker, and it’s not afraid to show it.

Everyone is on the same page

Given that funds are often restricted when it comes to working in a startup everyone needs to do multiple things. That’s why it is so vital for everyone to be and stay informed about what’s happening in a company. By keeping everyone on the same page, you’re actually boosting your employee’s engagement and making them feel valued and recognized. And that’s something we often don’t see happening in traditional companies. By not knowing what’s happening and by not being involved in a decision-making process workers may feel detached from their company. This means they could leave it when their skills and knowledge are most needed. We see it changing with startup culture, and we’re happy to see this trend growing.

But, startup culture is recognizable in the way it deals with conflicts

Conflicts are unavoidable, even in the happiest workplaces. We cannot be on our best behavior and mood all the time, it’s not normal, and we cannot expect it. However, what we can do is change the way how we resolve our conflicts. Startup culture just pays a lot of attention to people relations. That’s why there is an individual budget for team building activities which straightens the bond between team members. The bottom line, working in a startup means working with a family, and resolving conflicts successfully is a must.

But, why does this matter?

Naturally, because it’s our reality. Startup culture changed the workplace significantly as we know it and it still continues to improve it. Like it or not, we will have to adjust to those changes and become more engaged and live through what we’re doing.

The future office is a startup. It’s a place where you’re valued, where you feel you belong, and where you can grow. It’s a second home, not pure work. And coworkers are a family, not just a group of people you’re forced to spend time with. Startup culture is the future of work! That’s why it is so important to find your real passion and really enjoy your workdays. Do you have an idea what it is, or you’re still wondering?