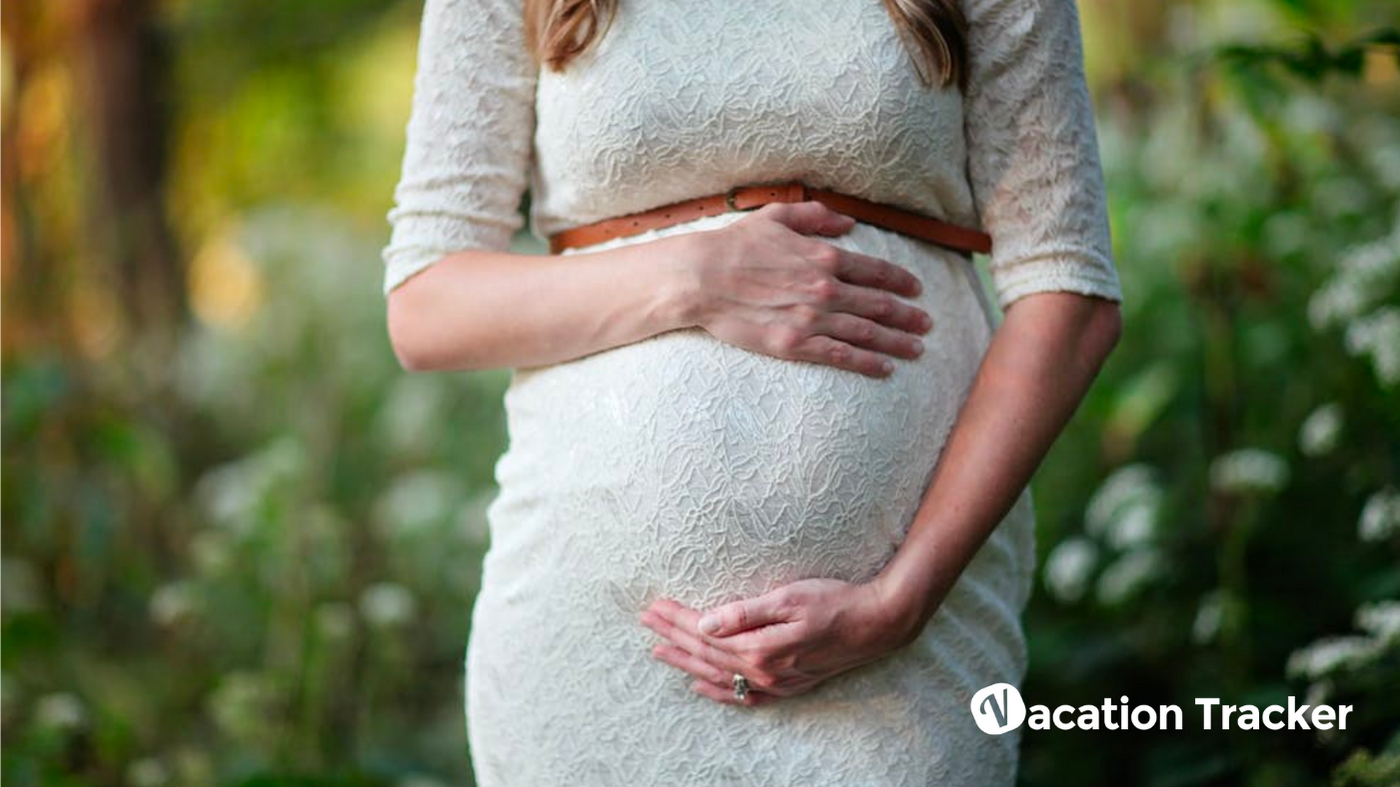 What Is Maternity Leave & How Does It Differ By Country?

Congratulations — you’re expecting! As you welcome (or plan to bring) your little bundle of joy to the world, you might be wondering, “Where do I start?” Don’t worry — we’re here to unpack everything for you, starting with the most important part of maternity leave.

What is maternity leave?

There are a lot of factors to consider before and after the birth of a child.

Following the arrival of a new baby, the first three months are a time of frequent feedings, naps, and diaper changes. For most new mothers, the time leading up to childbirth is a mix of excitement, apprehension, and, frankly, a little bit of fear. It’s also a time that’s best spent outside of the office. This, naturally, leaves new mothers wondering how they will continue making an income during this period of significant sleep loss and breastfeeding. Thankfully, maternity leave is here to help.

Maternity leave is the modern-day working mother’s best friend. Or, depending on where you live, the worst enemy.

Paying for maternity leave is a worldwide human resource phenomenon that offers female employees financial support so that they can take time off from work after giving birth. Maternity leave policies vary from country to country, with some offering paid leaves up to a few months, and others offering just weeks or days off.

How does it work?

In terms of compensation, these policies vary greatly depending on where you’re located. How would you prefer to receive your maternity leave? Do you want it as a percentage of your former salary, or the same amount as your regular paycheck?

In some countries, mothers are paid the same amount as they made before. While in others, they receive a percentage of their previous salary, starting at about 30% in developed countries and more in others. While these numbers can seem a bit meager by themselves, having your full salary (or even half) put into a bank account waiting for you when you return to work is no small feat.

So without further ado, here is what maternity leave looks like in some of the biggest countries around the world.

In some ways, the United States belongs to a very exclusive club — but not in the way you might expect.

Despite the fact that the Family and Medical Leave Act provides new parents who work for companies employing more than 50 people with 12 weeks of unpaid leave, the United States is still the only first-world nation that does not mandate paid maternity leave.

However, even though paid parental leave is not required in the States, some employers do so in order to retain and attract employees. The Society for Human Resource Management (SHRM) reports that 55% of employers now offer paid maternity leave.

In comparison to the United States, Canada’s parental leave policy provides a longer period of paid leave, more flexibility, and is more generous. Currently, Canadian mothers are entitled to 15 weeks of maternity leave. But this benefit is only given to biological (and surrogate) mothers. A further 35 weeks of parental benefits are available to anyone who is biological, adoptive, or legally recognized as their parent.

You can receive maternity benefits equal to 55% of your average weekly insurable wage, up to a maximum of $595 a week. Those benefits will last 15 weeks. If you are eligible, your benefit could be up to 80% of your usual income. As of 2016, the maximum benefit for maternity leave was $50,800.

Female workers are entitled to a full maternity leave of 52 weeks in the United Kingdom. Of those, 39 are paid. A woman’s husband or partner can also take two weeks of paid leave. Furthermore, both parents can take up to four weeks of unpaid leave per year. This also applies to same-sex relationships. Pregnant women in the UK are also entitled to paid time off for prenatal care. There are 26 weeks of ordinary maternity leave and 26 weeks of additional maternity leave.

Statutory maternity pay for employees is typically paid for 39 weeks, as follows:

Deductions must be made for tax and national insurance. You can use this official maternity pay calculator to estimate your income.

Maternity leave in China recently increased to 158 calendar days (from 128) for births on or after November 25, 2021, of which 98 days are weekends and statutory holidays, but the remaining 60 days do not include statutory holidays.  Furthermore, Chinese mothers can take an additional one to three months of leave if their boss allows it.

In Russia, mothers are entitled to 140 days of paid maternity leave. The first 70 days occur before birth, and the second 70 days occur after birth. The amount of paid leave a mother receives during her year-and-a-half of maternity leave is limited to 40 percent of her salary. For multiple births, paid leave can be extended. You don’t have to worry about losing your job if you go on leave for up to three years.

The Swedish maternity leave program is one of the best in the world. In total, parents may take 480 days of leave for each child, and they can use as much or as little of it as they want, as long as the child is under age 8. Thus, a parent can take six months off, return to work for two years, take eight weeks off, go back to work again, and so on for eight years. In any case, the employee is paid 80 percent of his or her salary while on leave.

French women are entitled to 16 weeks of maternity leave for their first and second child, respectively, and 26 weeks for their third child. A woman does not need to disclose her pregnancy until she takes a leave of absence. As in other countries, employers are required by law to offer their employment when she returns. After maternity leave, parents are also entitled to parental leave if they decide to reduce their working hours or temporarily stop working.

According to Bulgarian law, maternity leave lasts 410 days, which breaks down into 365 days after the baby is born and 45 days of prenatal leave. Pregnant women are not required to inform their employers of their pregnancy before filing maternity leave documents. In this 410-day period, workers who have been employed for at least 12 months receive 90 percent of their gross salary. This is paid for by the National Health Insurance Fund.

In Germany, an employee who finds out she is pregnant is required to notify her employer and the state health insurance company, Krankenkasse, as soon as possible. All medical treatment is paid for by this agency and all maternity payments for the employee are coordinated with the employer. These maternity payments last for a total of 14 weeks. Health insurance companies also cover all prenatal examinations and all medication prescribed during pregnancy.

From 1 July 2020, New Zealand will offer parents up to 26 weeks of paid parental leave (up from 22 weeks). The employee can choose to begin parental leave up to six weeks before the expected due date of the baby, or the date on which he or she intends to become the primary caregiver for the child.

Maternity leave is available to employees who have worked for their employer for at least 6 months (averaging at least 10 hours per week) by the time of their child’s expected birth or adoption.

According to the Maternity Benefit Act of 1961, Indian employers are required to provide 26 weeks of paid leave to any woman who has worked for at least 80 days during the 12 months prior to the expected delivery date. The leave can begin eight weeks before the anticipated delivery date and be completed at least six weeks after the event. Employees who are having 2 or more children are entitled to up to 12 weeks of paid maternity leave.

Employees have the right to 52 weeks of unpaid parental leave. They can also request an additional 52 weeks of leave in Australia.

Even though employers must adhere to federal and state government regulations, individual employers have their own policies regarding maternity and parental leave. The policies can vary greatly, with some employers being much more generous than others.

The federal Parental Leave Pay program allows you to take up to 18 weeks of leave at the federal minimum wage. This is currently $740.60 per week before tax.

Chilean workers are allowed to take up to 30 weeks of maternity leave, with 18 weeks considered standard. They are entitled to six weeks before and 12 weeks after the birth of their child.

Standard maternity leave is paid by the social security system in Chile. But if more time is needed, workers can take an additional 12 weeks (up to the maximum of 30 weeks) of flexible leave.

Depending on the arrangement with your employer, this could include working reduced hours in exchange for subsidized payments. The details tend to get more fluid in these arrangements based on the provisions in the labor agreement.

Employees in Croatia are paid 100% of their typical salary. However, there are a few exceptions for irregular workers whose typical salary is not easily determined. Maternity benefits are paid through social security programs and are factored into an employer’s statutory contributions.

All expecting mothers (both locals and foreigners) who are covered under the Employment Act are entitled to paid maternity leave.

In some cases, expecting mothers will not qualify for maternity leave under the EA, such as:

Women who work are entitled to either 16 weeks of government-paid maternity leave or 12 weeks of unpaid leave. The answer depends on whether the child is a Singaporean citizen, among other factors. You can start taking this leave four weeks before you give birth.